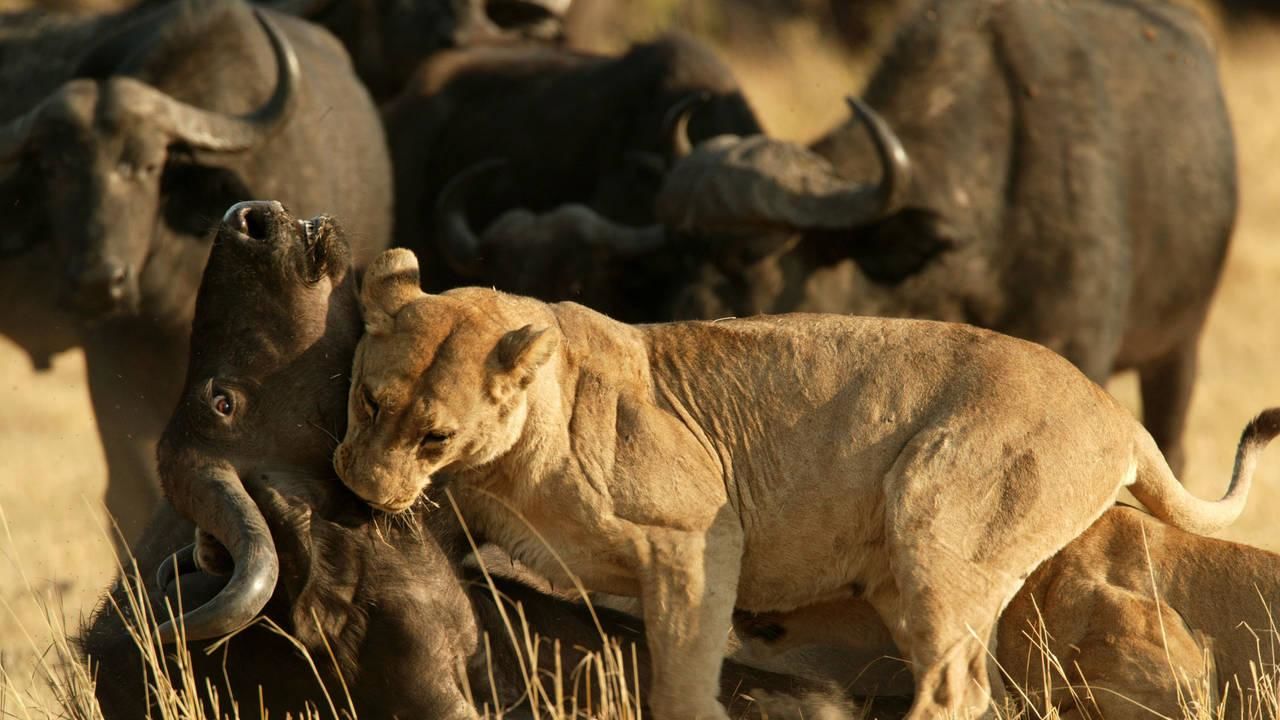 It is a word that has all but disappeared from our contemporary lexicon.

Think about it for a moment.

When was the last time you used the word enmity in a sentence or heard someone else use it?

And yet, despite the rarity of its application in today’s common discourse, enmity carries with it significant weight and substance in both cultural and theological contexts.

The Oxford Dictionary defines enmity as “a state or feeling of active opposition or hostility.” Etymologically, the word enmity has origins in the Old French noun enemistie and the Latin noun inimicus, from which the English word ‘enemy(ies)’ is derived.

It is in that same sense that the apostle Paul, in Rom. 5:10, uses what is the Greek word for enmity to unambiguously declare that those who have been reconciled to God, through the atoning work of Christ, were beforehand His “enemies”, “For if while we were enemies [of God] we were reconciled to God through the death of His Son, much more, having been reconciled, we shall be saved by His life.”

In commenting on Romans 5:10, the 18th-century Bible expositor, Matthew Henry, noted that: “If God justified and reconciled us when we were enemies, much more will he then save us when we are justified and reconciled. The One who has done the greater, which is to change us from enemies to friends, will certainly do the less, which is to treat us in a kind and friendly way when we are friends. The dying Jesus laid the foundation by making atonement for sin and bringing the enmity to an end.“

In Bloodlines: Race, Cross, and the Christian, theologian and author, John Piper, echoes Henry’s sentiments in that, “The gospel of Christ conquers our hearts and brings us to repentance and faith in Christ. Christ enters our lives and dwells within us. All authority in heaven and on earth belongs to him. He commands the unclean spirits, and they obey him (Mk. 1:27). Therefore, into the racial situation the gospel brings the only power that can set people free from the bondage of the Devil. The Devil gives way to no other power than the power of Christ. And the power of Christ moves in the world through those who have believed the gospel and are indwelt by the Spirit of Christ.“

Because our affinity with the biblical doctrine of enmity is so languid, both within and without the church, its weightiness, particularly regarding the vertical dissonance that exists between inherently sinful human beings and an innately holy God and, conversely, our consequent horizontal disharmony with one another, has been completely lost. But one person on whom this concept was not lost was a man by the name of Jupiter Hammon.

Hammon was born a slave in October 1711 and died a slave sometime around the year 1806. In February 1787, Hammon, who became a poet and was the first black person in America to have his literary work published, gave a speech to the African Society of New York entitled An Address to the Negroes of the State of New York (also known as the Hammon Address). In this address, Hammon cautioned his ethnic brethren, “Now you may think you are not enemies to God and do not hate him. But if your heart has not been changed, and you have not become true Christians, you certainly are enemies to God, and have been opposed to him ever since you were born.“

Let me remind you that Jupiter Hammon was a man who literally took every breath of his existence in this world as someone else’s property.

Nevertheless, he was not an uneducated or unlearned man. Hammon attended the same school as the children of his owners, Henry and Rebecca Lloyd. He was a devout follower of Christ and an ardent believer that God was sovereign in all the activities of the world—including his enslavement. Hammon wrote in the aforementioned address that: “We live so little time in this world that it is no matter how wretched and miserable we are if it prepares us for heaven. What is forty, fifty, or sixty years, when compared to eternity?”

Undoubtedly, and sadly, Jupiter Hammon would be openly criticized, if not altogether ostracized, by many today within the Christian social justice community for making such a statement. At a minimum, he would be labeled a traitor to his race, or worse, accused of “cooning“, or of not being enlightened or “woke” enough about the “struggle” for justice. But it should stand to reason, should it not, that a God who was sovereign in creating the universe should be no less sovereign over what occurs in it (Ps. 103:19)?

As John Piper exclaims in his book Suffering and the Sovereignty of God, “We can…be sure that, whatever God is accomplishing as he actively carries along all things, it is just and right. As the Scriptures emphatically declare, God is indeed the Rock on which we, in even life’s most evil moments, can rest, the One whose works are perfect and all of whose ways are just. In ordaining the evil works of others, he himself does no wrong, “upright and just is he.”

Hammon recognized what many professing Christians today do not – that sin is the begetter of the enmity that originally separated mankind from God and, likewise, is the source from which every conceivable form of disharmony originates in our relationships with each other. In other words, Hammon would clearly understand that what many today refer to as ‘racism’ is not the genesis of such human animus, but is merely a by-product of it. Our failure to recognize this is what has given rise to a worldview being propagated by many professing Christians that I’ve termed ‘sin by proxy’.

Sin by proxy is the unbiblical idea that current members of one particular ethnic group, in this case, white people, should be deemed collectively guilty, based solely on their ethnicity, of offenses (allegedly) committed decades and even centuries ago by their ancestors against those who are of a different ethnic population, namely, black Americans, and, as such, must collectively repent of and make restitution for those offenses.

In reflecting on certain of my brothers and sisters in Christ who happen to subscribe to a social gospel of sin by proxy, I’m reminded of the French theologian and reformer John Calvin who, in his classic work The Institutes of the Christian Religion, quotes the renown philosopher Aristotle, who declared, “Where incontinence prevails, man loses the specific knowledge of good and evil through his unruly appetites, because he cannot see in his own sin the evil which he commonly condemns in others.”

In considering that enmity and enemies are the same word in the New Testament, it should be noted that the prefix ‘en’ denotes that which is within or innate to something. Words like energy (inner vigor) and enjoy (inner pleasure) come to mind. The same is the case for you and me.

The hostility, acrimony, malice, and hatred we harbor toward one another is a direct and tangible result of the enmity that resides in our hearts toward God. This reality is affirmed by the apostle Paul in Rom. 8:7, where he asserts that, “…the mind set on the flesh is hostile toward God; for it does not subject itself to the law of God; for it is not even able to do so.”

Notwithstanding the fact that there is no such thing as ‘race’, neither biblically nor scientifically, the notion of “racial reconciliation” is both nonsensical and irrational. The truth is ‘race’ cannot reconcile anyone because it has no heart so as to desire to do so nor a will so as to commit to doing so.

Sin has so thoroughly corrupted our nature that only the heart-transforming gospel of Jesus Christ can remedy the deep-seated enmity that separates us first and foremost from God and, consequently, from one another (Gen. 4:7, 6:5, 8:21b; Jer. 17:9).

The fact that what we see with our eyes (skin color), can be transferred to our mind and subsequently formed in our heart as a sinful bias toward one of God’s fellow image-bearers is a spiritual issue, not a social or cultural one (Mk. 7:14-23). As such, we cannot hope to rectify a spiritual problem with a temporal solution. The justice of God is inseparable from the righteousness of God; and the righteousness of God is exemplified in society only as hearts are transformed by the power of the gospel (Rom. 12:1-2).

I believe pastor and author John MacArthur put it very well when he remarked that:

“As Christians, we ought to have a moral and social influence in our communities. We ought to use the rights granted to us to promote morality and decency in the public arena. But that’s not the sum total of our responsibility to this world. We can’t settle for mere social change and behavior modification. We must bring the light of the truth to bear in a world blinded by sin. And we must do what we can to halt society’s decay—not through protests and political action, but through the bold proclamation of the gospel.”

Jupiter Hammon, who lived his entire life as a slave, is now a free man. But the truth is Hammon was already a free man even in his earthly enslavement. How could I possibly say that, you ask? I’ll tell you how. Because that’s what the gospel of Jesus Christ does (Gal. 5:1a).

The gospel of Christ frees us to rest in the reality that the sovereign God who created the world is sovereign over everything that goes on within it (Ps. 103:19; Prov. 15:3). Or, as theologian and apologist Cornelius Van Til (1895-1987) wrote in his book Christian Apologetics, “I feel that the whole of history and civilization would be unintelligible to me if it were not for my belief in God. So true is this, that I propose to argue that unless God is back of everything, you cannot find meaning in anything.” Conversely, theologian Dr. John Frame, in The Doctrine of God: A Theology of Lordship, affirms that “People freely choose to do evil, but for that, they are no less under God’s control.”

What Christians who are demanding justice must understand—and accept—is that the gospel doesn’t promise relief from the injustices and inequities of this world. In fact, the reality is just the opposite (Jn. 16:33).

The world in which you and I live still lies in the power of the evil one (1 Jn. 5:19). Only in the new heaven and earth that are yet to come will unadulterated justice, righteousness, and ethnic harmony be a reality for God’s people (2 Pet. 3:13; Rev. 7:9).

Christ came into the world to save sinners, not society (Matt. 1:21; 1 Tim. 1:15). The problem of racial reconciliation is rooted in our inherent enmity against God, not our inherent ethnicity.

Jupiter Hammon’s first published poem, An Evening Thought: Salvation by Christ, With Penitential Cries, which was composed on Christmas Day in 1760.