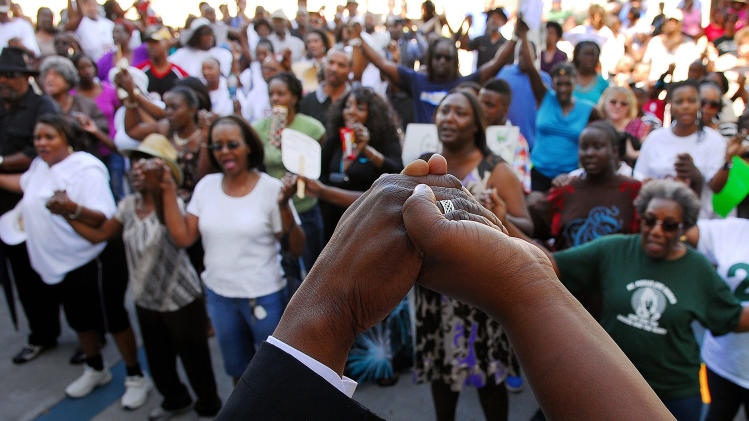 Much is being made today about the state of what is often referred to as the “black community”.

Unfortunately, this is not breaking news.

Well, you get the point.

According to the Oxford Dictionary, the word community is defined as:

This is important to note because when it comes to “black community” as a social, cultural, or ideological construct we must understand that words have meaning; and the meaning of words establishes the context of the discussions we have about such topics as the one I’m addressing in this commentary.

The Magic of Melanin

Given the above definitions, the assumption most people make when conceptualizing “black community” is that definition number two is the most contextually accurate, having reached that conclusion by likewise presupposing that definitions one and three are equally applicable.

They surmise because black people have a “particular characteristic in common” namely, melanin, there exists an inherent “feeling of fellowship” because, again, being black, we naturally “share common attitudes, interests, and goals”, and on that basis further assume that blacks prefer to “live together” in “specified habitats”.

In other words, get a group of black and brown-skinned people together in one place and – Voila! – like magic – “black community”.

See how that works?

The idea of “black community” merely assumes that to be of a certain skin color is to also be in “community”—ideologically, philosophically, politically, and theologically—with others who likewise are of a similar skin color.

It is the cultural equivalent of a recipe for baking a cake, only instead of adding the prescribed ingredients, such as eggs or vanilla, in this case just add melanin.

The absurdity of such logic should be obvious to anyone.

And yet the assumptions don’t end there.

There are those today who would have us believe the aforementioned assumptions are representative of a mindset that is exclusive to white people.

But I assure you it is not.

There are countless black Americans who hold to the conviction that merely being black suffices as a juxtaposition for “community,” and that any differences that may exist between we who are black should be sacrificed on the altar of our common skin color.

I use the term altar quite deliberately. For what was once universally regarded as a righteous (biblical) cause, that is, the pursuit of justice as an imago Dei issue (Gen. 1:27), has morphed into its own religion wherein melanin is exalted as an object of worship in and of itself.

Like the Israelites of old who constructed and venerated a golden calf at Mount Sinai (Ex. 32:1-6), there are today those who, under the more commonly accepted notion of “black community,” have fashioned for themselves a radical Jesus who is worshiped for His “social consciousness” while devaluing the redemptive Jesus whose propitiatory death on the cross forever bridged the immeasurable chasm between a holy God and sinful man (Rom. 3:23; Eph. 2:4-7, 13-17.)

The ramifications of such a partitioned Christology is an apologetic that is grounded primarily in the Jesus who confronted the moneylenders (Matt. 21:12-13), but to the exclusion of the Jesus who preached the Beatitudes (Matt. 5:1-12). Consequently, the clenched fist has replaced the cross as the symbol of our salvation, thereby inverting the very idea of salvation so that it is no longer God who redeems us but we ourselves through our own soteriological efforts at self-redemption.

This is problematic for several reasons, not the least of which is that when your definition of salvation changes, so does your paradigm of who can save you and from what it is that you must be saved from.

Prior to His ascension into heaven, Christ commanded His disciples to, “Go therefore and make disciples of all the nations” (Matt. 28:19a).

Jesus did not tell His followers to organize themselves into a “movement” so as to impact the culture and free themselves from the political and religious oppression they were experiencing under Roman rule.

If such an man-centered approach could have accomplished the kind of salvation Christ had in mind by dying on a cross, it stands to reason, does it not, that He would have instructed His disciples accordingly? That Jesus did not take that course of action has proven difficult to accept for the so-called “black community,” many of whom would rather protest than pray and demonstrate than die to themselves.

Consequently, a new “Great Commission” has been created and adopted, one that preaches a “gospel” of social confrontation and agitation as opposed to spiritual regeneration and transformation (Jn. 1:12-13; 3:7, 16).

There can be no “community” where you and I have nothing in common.

Melanin does not shape my morality.

My ethics are not influenced by my ethnicity.

The idea of black community will remain a mirage as long as you and I insist on defining community apart from the gospel of Christ, which alone has the power to transcend all ethnic and cultural persuasions and backgrounds so that we become one people under one common mission—making disciples (Matthew 28:18-20).

The community Jesus Christ is building is deeper, wider, broader, and longer-lasting than any “community” formed solely on the basis of an attribute that literally is only skin-deep. It is an eternal community of believers—called the Church—and it is to that community that we all should desire to belong.