Biblical Apologetics Lesson 10: Biblical Solutions to the Problem of Evil 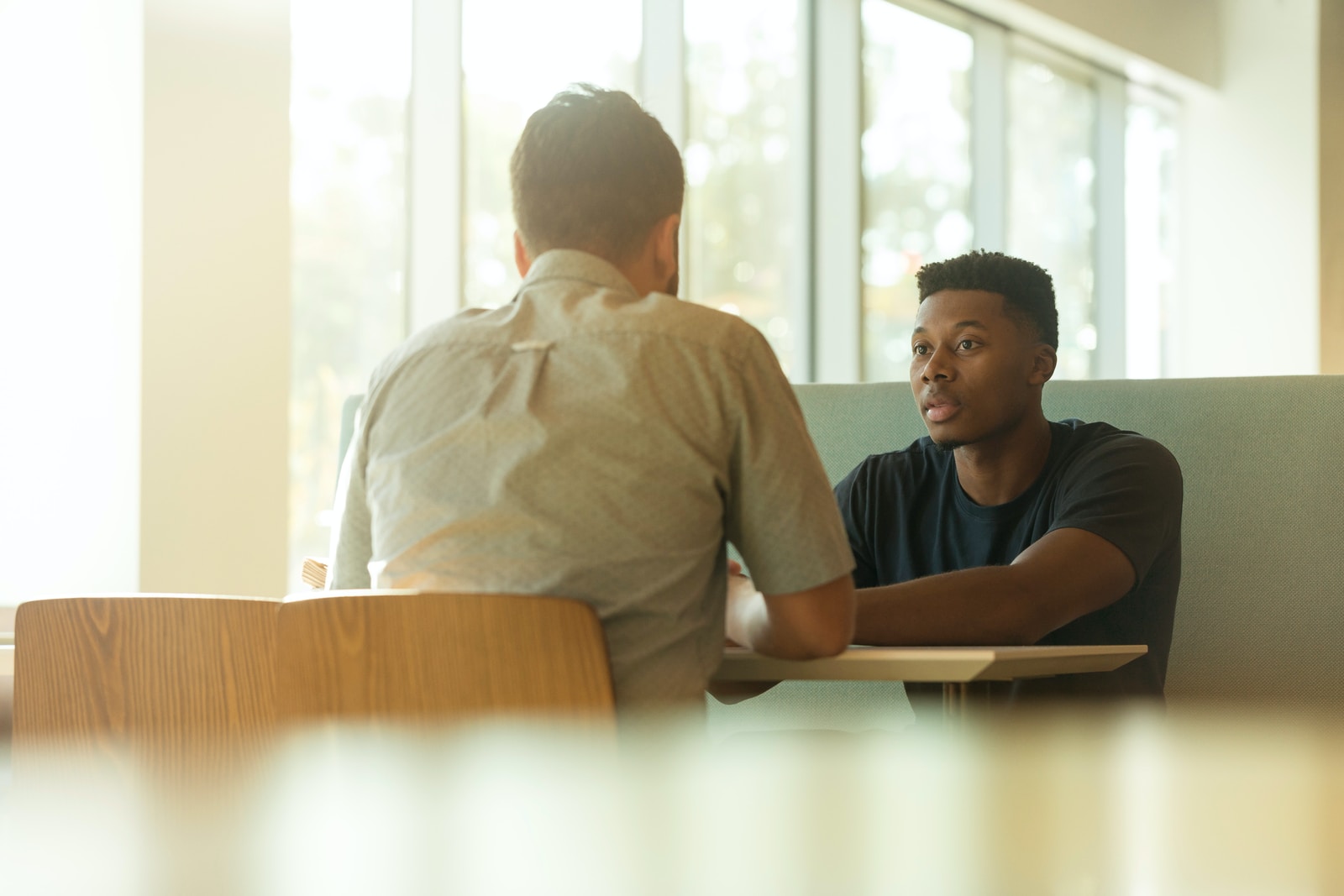 The presence of evil is a problem for Christianity because it would seem that a good God could and would prevent evil in a universe under his control. But we find evil everywhere. So how can we harmonize the existence of evil and the existence of God? If God could prevent evil, why doesn’t he? Last time we examined several proposed solutions to the problem and found them all to be less than satisfactory. Today our goal is to answer the problem biblically.

From the outset we should admit that we do not have a completely satisfactory answer to the problem of evil. Evil at times simply does not seem to make sense to us. And it is difficult indeed to explain why God allows and uses evil, yet is not touched by evil himself. This is why some scholars call the problem of evil “the most intense, pained and persistent challenge” to the Christian message.[1] It’s a troublesome mystery that defies simple solutions. All we can do is see what the Bible says about it and accept what we find there.

God is under no obligation to explain his ways to man.

In many biblical passages, the problem of evil arises, but the text never explains it. For example, in the creation narrative, God does not reveal where Satan came from, how he became evil, why he was allowed in the garden or why God didn’t prevent the whole scenario. In Job’s case, rather than explaining his actions to Job, God shows him that he has no right to question the Creator. Job never learned why he suffered, except that God had his own reasons. By not defending or explaining himself, God is silently challenging people to believe and trust him even when they don’t understand or appreciate their circumstances.

In the parable of the workers in the vineyard (Matt 20:1–16), some seem to receive more than their fair share, while others think it’s unfair that they receive only what they are paid. But the master claims the right to do whatever he wants with his own possessions. He admits that the payments were unequal, but he refuses to make things “fair.” His only explanation is that he has the right to handle his affairs as he sees fit.

Paul, the NT author who at times goes into great detail in his explanations of theology, does not explain the problem of evil. In Romans, Paul simply rebukes those who would charge God with unrighteousness (Rom 3:3–8, 9:18–24), concluding that those who bring such charges against God are justly condemned. God has the sovereign right to do as he wishes, and no further explanation is necessary. Thus, the fact that we may not understand why evil exists should not surprise us.

Wondering why evil takes place is not sinful.

But when doubt turns to accusation, then questions become sinful. When we express doubt regarding God’s goodness or when we demand that God explain himself to us, then we are exalting ourselves over our Creator. We have no right to demand that God satisfy our desire to know why certain things happen. Doing so is like a clay pot demanding an explanation from the potter (cf. Rom 9:20–21). The potter has total power over the clay in both control and authority, and is under no obligation to explain his choices to the clay.

God, as sovereign Lord, is the standard of his own actions. He is not subject to human judgment; on the contrary, our judgment is subject to his Word. We can be assured, despite our circumstances, of God’s good character—God is holy, just and good. On that matter God’s Word is clear. God expects us to trust him, not doubt his good intentions. The very nature of faith is to persevere despite unanswered questions. God’s Word encourages us to hold on tightly to God’s promises and not to be overcome with doubt.[2]

God’s work in the past encourages us to wait patiently for a solution.

Scripture tells us and gives us examples of how God’s people have to wait, often for long periods of time, for the fulfillment of God’s promises. God eventually brings such waiting periods to an end, vindicating himself and ending the sufferings of his people. For example, Israel had to wait in Egypt for over 400 years, until Moses was ready to lead the people out. Moses was eighty years old before God called him to this task. The people had to wait about forty more years before arriving in the Promised Land. The whole OT period may be described as a time of waiting and expectation. The promises given to Abraham are ultimately fulfilled in Christ, and we are still awaiting his return and the final fulfillment of God’s promises.

If we look back on God’s activities in the past, we can see that God always fulfills his promises and works things out according to his plan. God often solves problems in ways that are surprising and unexpected (e.g., Joseph, Ruth, Esther). God eventually shows us how the presence of evil is somehow part of his program. The lesson for us is that if God could do such things in the past, we can trust him to do so again. Even in the midst of suffering, it makes sense to trust and obey God. Suffering is temporary; the glories of heaven are eternal.

God may use evil to produce a greater good.

God is currently using evil for his own good purposes. This is sometimes called the greater good defense. We must reject the idea that God’s first priority is to make man more comfortable and happy. God’s ultimate aim is to glorify himself. If something serves to advance God’s glory, it may be thought of as good, even if it seems to be evil or associated with evil. The greater good is from God’s perspective, not man’s. For example, the death of Christ was both good and evil—good in that it brought about the redemption of man, evil in that it required the death of God’s Son. Hence, something obviously evil (murder) may still bring about a greater good (salvation). The same is true today. Many individuals can testify to the fact that it was only through terrible circumstances that they repented and trusted Christ. This evil brought about a greater good—the salvation of a soul. If a soul is worth more than the value of the entire world (Matt 16:26), then it’s reasonable that God may bring about a great deal of suffering and pain as the means of drawing a person to himself. Jesus said, “Except a corn of wheat fall into the earth and die, it remains alone. But if it dies, it brings forth much fruit” (John 12:24). Death is sometimes required for fruitfulness to occur.

Also keep in mind that God’s greater good is specifically for himself and for those who love him (Rom 8:28), not for every person in the world. At times the greater good may cause evil for certain individuals, especially for the wicked, who will glorify God through their eternal punishment.

What greater good comes from evil, suffering, and/or pain?

If we presuppose that God is perfectly and completely good—as Scripture requires that we do—then we are committed to evaluating everything in light of that truth. When the Christian observes evil events or things in the world, he can and should consistently trust in God’s inherent goodness by inferring that God has a morally good reason for the evil that exists. God is certainly not overwhelmed or stymied by evil in the universe. He could put an end to it at any time. God has planned evil events for reasons that are morally commendable and good. He does not usually reveal what those reasons are. But Christians should trust that God has a morally sufficient reason for the evil which exists.[3]

In the future, God will punish all who deserve it and reward all who deserve it. The culmination of history will reveal that God has been righteous all along. When we see Christ, all our complaints will be silenced. In the end, the problem of evil will be solved—there will be no more evil. God will triumph over it. If we believe that such a time will come, it should strengthen us to face the evils of today. We can keep trusting and obeying God despite all the wickedness in the world.

Eventually this present world order will be judged and brought to an end, and God’s Kingdom will be fully manifested and established. He will wipe away every tear, and pain and sorrow will cease. Even though we should continue to pray that relief would come to those who suffer tragedy, let us never lose heart at apparently unanswered prayer. Instead let us pray, “Thy Kingdom come, thy will be done on earth as it is in heaven.” Our salvation is nearer now than when we first believed.[4]

Evil is not necessarily synonymous with wickedness.

God is holy, righteous, and good. It is impossible for him to contradict his attributes. Thus, although God at times uses the sinful actions of sinful men, he is never guilty of sin. Further, sometimes what people think of as “evil” has no moral content, and thus is not actually wicked. If God were guilty of tormenting people for his own amusement, or if God’s actions were somehow unrighteous, we would be accurate in charging him with sin. However, much of the suffering and pain that occurs in the world is not evil in the moral sense. In other words, suffering and pain are not necessarily associated with sin or wickedness. For example, in a natural disaster (tornado, earthquake, famine, etc.), people often experience great suffering, pain and death. Yet for God to allow the suffering associated with such natural disasters is not evil or wicked. The suffering is genuine, but God cannot be charged with sin for sending such disasters.

God’s relationship to evil is a mystery.

In the final analysis, we have to conclude that God’s infinite wisdom is beyond our grasp. All that we need to know is that the Lord of all the earth will do right and that all things work together for our good and God’s glory (Rom 8:28).

Although the problem of evil is a troublesome one that does not easily yield to our attempts to solve it, the existence of evil in the universe should not cause anyone to reject Christianity. Part of the Christian life is walking by faith, trusting that God is good, holy, just, and omnipotent, even in the presence of suffering and pain. He can and often does restrain evil. Yet he also uses evil for his own purposes without contradicting his own attributes. Retaining our faith in God without wavering during times of suffering and hardship is a mark of Christian maturity.

We must admit that there are no easy solutions to the problem of evil. The Bible simply doesn’t explain this matter as well as we would like. The Bible is clear that God is both good and righteous, merciful and just. He will never violate his attributes. He uses evil but cannot be charged with sin. Believers must walk by faith, trusting that God knows what he is doing, and that all things do indeed work together for good for those who love God.